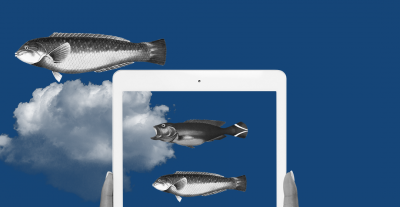 “What made us especially happy in the steering group was that the expert panel was so positive about the quality of applications in general, and that the highest ranked applications represented very different scientific disciplines, covering the humanities and social sciences”, said Professor Tom Moring, chairperson of the steering group of the research programme Future Challenges in the Nordics.

The panel of experts, comprising nine authorities from different disciplines, ranked a total of 449 applications based on scientific criteria and at the end of April, it was the steering group’s turn to assess applications, with the expert panel’s views and programme’s objectives in mind. A total of 28 applications went on to the second application phase.

Moring and his colleagues at the steering group were also happy to have seen something new in the applications that went forward.

“Without exception, these projects represent new ways of looking at how we in the Nordic countries, and in a broader global perspective, position ourselves in relation to the major issues of the future. Many of the projects combine issues and theoretical approaches in a way that we have not really seen before.”

“In addition, in many applications humanists, social scientists and researchers in other disciplines will work together in interesting ways, which maybe shows that our call has had an impact in terms of how research and research collaboration develop. We also have an unusually broad co-operation on a Nordic level.”

The steering group consists of representatives from the five financing bodies: The Finnish Cultural Foundation, The Swedish Cultural Foundation in Finland, the Society of Swedish Literature in Finland, Stiftelsen Brita Maria Renlunds minne from Finland and Riksbankens Jubileumsfond from Sweden. According to Moring, the whole steering group agreed that the quality of the applications that went forward was very high.

“There are also applications that match the special wishes of some funders. Some have marginal conditions based on a fund’s regulations, but there are possibilities for all funders to participate in the programme. That’s something everyone was very happy with.”

Among all the applications that were submitted in February there were three dominating themes: the ongoing pandemic, the challenge of an ageing population in the Nordics, and the Nordic welfare society.

“There are several applications with these themes left, but not to the extent that they dominate the other interesting topics.”

One important criterion for projects to advance was that the proposed research had a relevance for society. The steering group stated that applications which represented a wide range of scientific disciplines fulfilled this stipulation.

“There are many subjects relating to our historical background and how it guides us in the future, there are social science projects, but there are also many humanities projects that focus on social challenges.”

“The call for researchers mentioned new mechanisms in building opinion and communication; digitalisation; technological, economic and social development; issues related to migration; conflicts between ethnic groups; polarisation in society – also in terms of urban and rural areas; climate issues; the ongoing pandemic and its background. I would say that all these dimensions are represented within the applications that went forward.”

Most applications in the second phase are multi-disciplinary, but there are also some that propose to go deeper within one discipline.

“An important question is how the various projects deepen their research plan. Now the research groups have the opportunity to make a more comprehensive and in-depth research plan.”

The application period for the second phase ends on 18 June 2021. After that, the same panel of experts as before will assess the applications. This time the expert panel is also in charge of the scientific assessment, while the steering group will pick out the 6–10 projects that will be financed by the programme. The final decision will be made in October or November and hopefully the projects can get going at the start of 2022.

“We have a very diverse selection of applications to consider in the final selection,” says Tom Moring.

M.Soc.Sc. Nina Edgren-Henrichson works as Project Manager in the field of research at The Society of Swedish Literature in Finland. Nina specializes in research communication.

Future Challenges In the nordics

How is the programme financed?

What is Future Challenges in the Nordics?

The research programme finances a set number of research projects. The aim is that the research benefits society by producing findings that are easy for citizens and decision-makers to access.

The Society of Swedish Literature in Finland